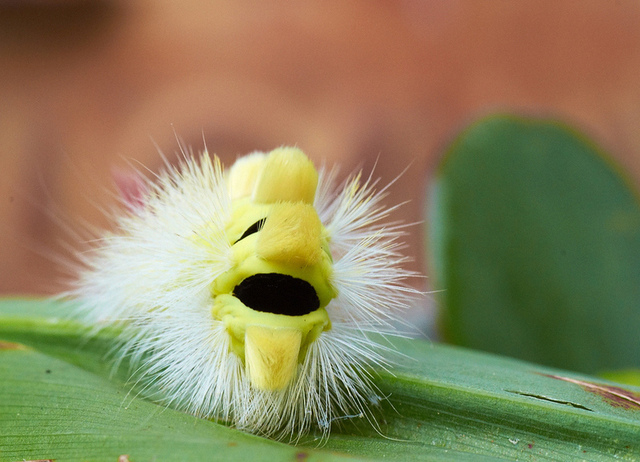 Which is Voodoo wasps ?

Voodoo wasps is an insect that belongs to family braconidae. Its order is hymenoptera. This insect is one of the powerful insect in the insect world. Because these wasps having a fascinating ability to protect its cocoon by using a bodyguard. So can you believe insect having such an ability ?

1. Wasps lay eggs inside the caterpillar.

Voodoo wasps lay about 80 eggs in young geometrid caterpillars. Each is the size of a grain of rice. But together they account for over a third of the caterpillars weight.

2. Larvae coming out through the skin of the Caterpillar

Larvae are fully matured within days. Suddenly they begins to strive into action. Therefore they must break out to complete the next stage of their life cycle.

The caterpillars thick skin showed be a solid barrier to the parasitic wasp larvae. But as their bodies have grown they have developed tiny saw like teeth. These jagged jaws are for one job only which cutting their way out.

Stroke by stroke the larvae slice through the tough layers of the skin. At the same time, they release chemicals that paralyze the caterpillar. But the fascinating thing is the caterpillar still alive even after larvae coming out.

At last, larvae enter a new phase of development. They swiftly spin silken cocoons. These will provide the perfect environment for their final transformation. But ironically, one of the greatest dangers the larvae will face is being themselves impregnated by other species of parasitic wasps. Incredibly the wounded caterpillar helps them out.

There are so many researches has been conducted on these insects to find out what is the reason behind protecting of cocoon by voodoo wasps. But scientist don’t know why the infected caterpillars protect the cocoon. However, they did find out that this incredible ability to voodoo wasps is crucial for their survival.